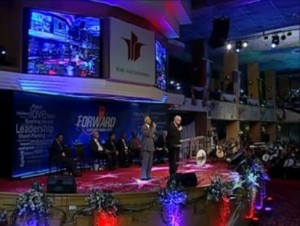 The 6th Triennial World Congress, February 6 through 9, was held in Chennai, India. The 40,000 member New Life Assembly led by Pastor David Mohan outdid itself in hosting the tremendous international delegation that came. It was the largest international representation ever for a World AG Congress.

On the closing morning WAGF Chairman, Dr. George O. Wood, told the delegates that in the days they had been together
“heaven had kissed the earth.” This Congress was marked by a profound sense of the Spirit’s presence. The worship, preaching, and teaching brought tremendous inspiration and blessing. “I don’t think I’ve ever been in an international conference that had a greater impact on those who attended than this,” stated Chairman Wood. 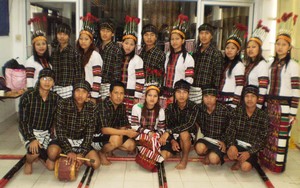 One of the speakers at the Congress mentioned that every believer should have a Ph.D. – P for power, H for healing, and D for deliverance! Wherever the church is growing significantly, it is marked by a proclamation that comes with power, and is attended by the signs and wonders of healing and deliverance.

The next World AG Congress will be held  August 7 through 10, 2014, in Springfield, Missouri, USA in conjunction with the 100th anniversary of the USA Assemblies of God.

2021
by the General Council of the Assemblies of God