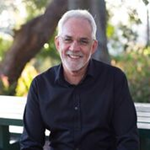 Freie Christengemeinde-Pfingstgemeinde is part of the corporate alliance of all free evangelical fellowships in Austria (“Freikirchen in Österreich” – www.freikirchen.at).

Edwin Jung was elected as chairman of Freie Christengemeinde-Pfingstgemeinde in September 2011.  Having 81 churches and several church plants, additional stats include the following: 20 church leaders, 107 ordained pastors, 5,500 members, and over 10,000 adherents. Our churches are vibrant churches who love God and people.

Freie Christengemeinde-Pfingstgemeinde has a strong missions focus, currently sending over 20 missionaries to Asia, Africa and Europe.

Bishop Siarhei Tsvor was elected as bishop of the Belarus Union of Christians of Evangelical Faith in 2014.  There are 481 local churches and 473 pastors, with approximately 60,000 adherents.

Cambodia has a population of 14.8 million people.  The church growth early on took place in Phnom Penh where a number of Assemblies of God missionaries were based and around our Mission of Mercy projects.  Today, the largest number of churches are in the areas of Takeo, Siem Reap, Sihanoukville and Battambang.  There are 51 churches, 65 developing churches and 32 recent plants, with 5,333 adult members and 7,554 children.

The number of Assemblies of God church plants has increased dramatically over the last five years.  There are 49 recognized pastors and 43 Cambodians at Cambodia Bible Institute.  The Assemblies of God of Cambodia are in 15 of the 24 provinces and in eight provincial capitals.

The Pentecostal Assemblies of Canada is a fellowship of more than 1,100 churches across English and French speaking Canada.  More than 235,000 people attend services across the nation, and we are pleased to provide ministerial credentials for more than 3,500 pastors and ministry leaders.  We’re also here to help facilitate the vital work of 130 missionary families in over 40 countries around the world, who are spreading the good news of the gospel of our Lord Jesus Christ and bringing hope and help to those in need.

David (Dave) Wells has been serving as the District Superintendent of the BC/Yukon District of the PAOC since June 2001, and was elected General Superintendent at General Conference in May 2008 in Toronto, Ontario.  He has an MA in Christian Ministry from Briercrest Seminary, Saskatchewan.  He served as senior associate pastor at Broadway Church, Vancouver, from 1994 to 1999, where he developed an urban and multicultural ministry model with a number of partner ministries.  He previously pastored in Hamilton, Ontario; Calgary, Alberta; and Red Deer, Alberta.  Dave also served as the divisional director of ministries for the Pentecostal Assemblies of Canada. This division coordinated and facilitated church ministries and the specialized outreaches of the PAOC within Canada. 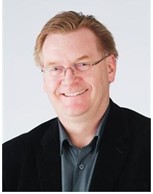 Visit Canada’s Pentecostal Assemblies of Newfoundland and Labrador at www.paonl.ca.

Assemblies of God of the Canary Islands is one of the oldest evangelical denominations from Spain.  They have a deep commitment to preaching the gospel not only in Canary Islands, but also in Africa, where they have several missions projects and missionary staff on the field.

Assemblies of God of the Canary Islands has more than 40 churches and preaching places, with 5,000 members and 100 students in their extension programs from the Bible and Theology School.

Additional Facts about the Canary Islands

Visit the Canary Islands at http://www.adcanarias.es/.

Pastor Carlos Lima serves as general superintendent for Assemblies of God of Cape Verde.  Covering a land mass of nine islands, the AG has established churches in the cities of Praia, Assomada and Sao Vicente.  Their ministries include neighborhood cell groups, a semiweekly feeding program called Mordecai Services that includes provision of clothing and roof reconstruction for homes in poverty stricken neighborhoods.  AG of Cape Verde has a Bible training center, ministry to children, and a ministry called “Women with Purpose.” 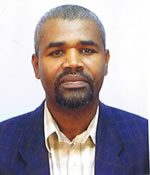 As part of the worldwide evangelical and Pentecostal family, the Evangelical Pentecostal Church in Croatia is an independent Christian community, connected by Christian bonds of love with many other Christian churches in the local area and in the world.

Croatia has more than 40 churches and over 30 pastors.  All told there are more than 2,000 believers.  They have sent missionaries to Bosnia and Herzegovina.

The highest spiritual and ruling body of the Evangelical Pentecostal Church in Croatia is the Council.  It is comprised of representatives from local churches, mission stations, and church institutions.  The executive body of the EPC Council is the presbytery, consisting of regional presbyteries, a president, vice president, and general secretary.

Re-elected in 2015, Damir Spoljaric has been the president for fifteen years. 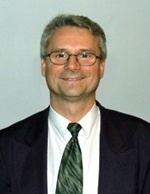 The Apostolic Church (AC) is one of the evangelical churches. From the point of view of faith and practice, it is one of the so-called Pentecostal movements. Within the global context, it is possible to include the origins of this movement in the early years of the twentieth century. The pivotal events that gave rise to Pentecostals took place in 1901 at the Bible School in Topeka (Kansas, USA) and from 1906 to 1913 on Azusa Street in Los Angeles (also usa). Charles F. Parham (1873–1929) and William J. Seymour (1870–1922) were important personalities associated with these moments. In 1914, the Assemblies of God Church was founded in Hot Springs, Arkansas. It is currently the largest Pentecostal denomination in the world.

Within the European context, the Norwegian capital Christiania (present-day Oslo) has become an important centre of the Pentecostal movement. Thomas B. Barratt , a preacher of the Episcopal Methodist Church there (1862–1940), became one of the most important pioneers of the emerging Pentecostal movement in Europe. Other important figures of the time include Jonathan A. Paul (1853–1931), Smith Wigglesworth (1859–1947) in England, Lewi Pethrus (1884-1974) in Sweden, and others. Today, most European Pentecostal churches are associated in the Pentecostal European Community (PEF) and form an important part of the continental Christian world.

The first Pentecostal choir in our territory was established in Northern Moravia before 1910. It was founded by events that were not originally related to the development in the emerging Pentecostal world at the time. A group of Christians began to come to study God's word and pray. They pleaded for authority to spiritual service, God subsequently baptized them in the Holy Spirit, and they received the gift of speaking in tongues. It is the emphasis on this experience – the acceptance of baptism in the Holy Spirit with the accompanying phenomenon of speaking in languages – that is one of the fundamental features of the Pentecostal movement. In 1910, the Association of Determined Christians was registered. Gradually, other Pentecostal groups were created outside northern Moravia. Under Nazi rule, however, the activities of the Association of Determined Christians were prohibited.

After World War II, the state allowed pentecostal communities to operate only under the umbrella of churches that were willing to incorporate these communities into their structures. But since the early 1960's, veraary differences have led to Pentecostal Christians seeking permission from their own church. The church's founding conference took place in 1964, but Pentecostals continued to face pressure and repression from the communist regime. 1977 was an important milestone in efforts to legalize the newly formed church, but the final success did not come until twelve years later. On January 25, 1989, the Communist government officially authorized the church's existence.

Rudolf Bubik (1941–2016) became bishop of the newly formed Apostolic Church, which played a key role in the integration of scattered Pentecostal congregations and played a significant role in the process of legalization of the Church. Under these new conditions, the Church began official activities, resulting in a significant increase in the membership base, an intensive process of establishing new congregations, developing missionary activities, establishing its own official educational institution, and consolidating the church overall. Bishop Martin Moldan has led the church since 2008.

Today, nearly 5,000 people subscribe to the Apostolic Church, according to the last census in 2011.
*Information from organization website 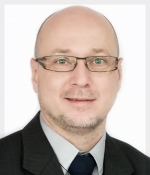 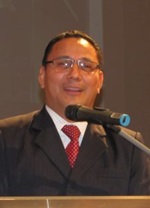 The Catholic University recently took a religious survey, which showed 38% of Salvadoreans are evangelical Christians and 21% belong to the Assemblies of God.

Rvdo. Bolanos has served the Lord in full-time ministry since July 19, 1963.  He was elected General Superintendent in January, 1996. The Pentecostal Church of Finland has 240 churches and approximately 400 pastors.  There are roughly 65,000 people in the churches, including children and youth.

The web site of the Pentecostal Church of Finland is: www.helluntaikirkko.fi.

Pastor Salvatore Talarico was elected as president of Chiese Cristiane Italiane nel Nord Europa (CCINE) in May 2019.  Having nearly 2,500 adherents, CCINE has 70 churches and 55 pastors, with one missionary to Ukraine.